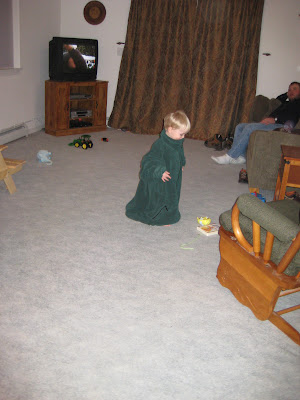 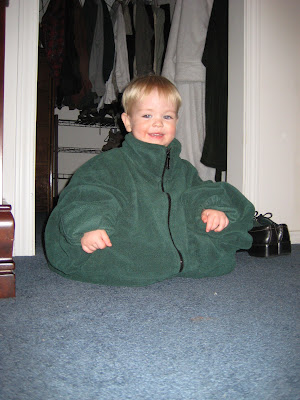 It floats. It poots. It has a really hard head. I mention the noggin because we were playing on the bed and he swooped back and cracked me in the privates. Man, I am not a dude but they don't have a monopoly on painful crotch shots... Shhh, I think I broke a code I don't think women are suppose to share that secret. Josh was amazed that I was in that much pain. I had tears in my eyes!

OMG
that is just the cutest little blob!
NOW find a orange jacket and a yellow jacket and a blue jacket and make yourself a little book.....of blobs!
how cute would that be......!